Development of a mining excavator capable of stably operating 2,000 meters under the sea

Before
To date, there had been no example of successful mining of seafloor hydrothermal deposits.
After
The mining test using the developed machine became the first successful example of its kind in the world. 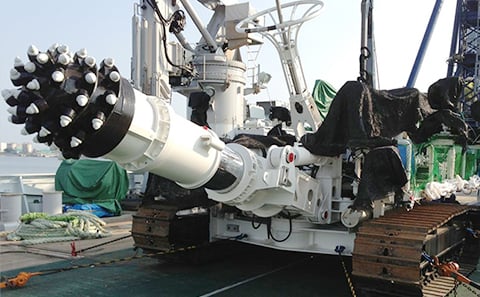 POINT We participated in a project for mining seafloor hydrothermal deposits, which are expected to be a domestic source of marine mineral resources. MITSUI MIIKE MACHINERY developed a mining excavator that can operate stably and efficiently in deep sea at a depth of 2,000 meters. And this project succeeded in testing mining of seafloor hydrothermal deposits for the first time in the world.

Japan Oil, Gas and Metals National Corporation (hereinafter, JOGMEC), which promotes resource development by Japanese companies, is engaged in the development of marine mineral resources in accordance with the Basic Plan on Ocean Policy and the Plan for the Development of Marine Energy & Mineral Resources set forth by the government. In particular, seafloor hydrothermal deposits, which are formed when magma containing useful metals is cooled by seawater, are expected to be a new source of marine mineral resources in Japan. Hence, we had been preparing for a feasibility study for many years.

Signs of seafloor hydrothermal deposits have been observed in about 350 locations around the world, and in many areas around Japan, such as the Okinawa Trough and the Izu-Ogasawara sea area. Although these deposits are distributed at relatively shallow water depths compared with the rest of the world, they are still 700 to 3,000 meters under the sea, and there were no examples in the world of successful mining tests of seafloor hydrothermal deposits at the time. JOGMEC decided to procure a mining excavator that can operate stably on uneven ground in the deep sea in order to carry out this challenging study.

Development of a mining excavator capable of stably and efficiently operating 2,000 meters under the sea

JOGMEC announced in July 2010 that it would implement bidding. Although the project was expected to be difficult due to many uncertain factors, MITSUI MIIKE MACHINERY participated in the bidding in the form of a joint venture (JV) with the National Maritime Research Institute and succeeded in winning the bidding after the screening process. The Company's reputation as one of Japan's leading manufacturers of free-section excavators is believed to have led to JOGMEC’s high recognition of the Company.

At the time of the announcement, JOGMEC listed the main requirements for the mining excavator as follows:

Other requirements have been discussed and tested to realize functions for stably operating on the seafloor.

For example, conventional excavators used four to six legs with complicated adjustment functions to keep the machine level on uneven seabed ground. But this time, we adopted a 2-crawler mechanism, which does not require complicated adjustment functions. We also made adjustments to make the center of gravity of the machine as low as possible while taking care not to create a box-shaped space (closed space) that is susceptible to water pressure.

In addition, the tip of the mining machine was made to be attachable so that it could handle both drilling and lifting. It is also equipped with a function to recover a certain range of visibility in the presence of dust when doing excavation work and traveling, and a function to check ahead with an instrument using a 3D sonar. These functions were developed in consideration of operability from a ship 2,000 meters away in addition to being able to work efficiently in the deep sea without causing the machine to fall over.

JOGMEC announced in August 2012 that it would conduct offshore testing off the coast of Okinawa. Drilling mounds on the seafloor and traveling on soft ground verified the technical feasibility of mining seafloor hydrothermal deposits. At the same time, JOGMEC provided data on excavation-related work that contribute to economic efficiency studies. And this became the first successful case of mining seafloor hydrothermal deposits in the world.

In the subsequent offshore test in 2014, we achieved continuous machine operation of more than 24 hours. A slope approximately 25 meters long and 4 meters wide and having a roll angle of 3 degrees was created on the middle of the mound in the southern part of the Izena Hole in the Okinawa Trough. Then, in the offshore test in September 2017, about 70t of excavated mass was prepared from a mound using the slope, of which 35–50t were recovered and accumulated for crushing. The excavated mass was stored in the pallet as a 13.5-t crushed mass on the seafloor, and it was used in a subsequent lifting test aboard the ship using a submerged pump. This was also the first successful example of a series of mining and lifting operations on the seafloor at a depth of approximately 1,600 meters.

The development of this equipment and system has proved that it is possible to mine seafloor hydrothermal deposits using current technology. However, there are still issues to be resolved in terms of economic efficiency, such as extending the continuous operation time, improving excavating efficiency, enhancing remote operability, and legislation. Going forward, we plan to work on solving various issues toward commercialization based on the know-how we have gained through these tests. 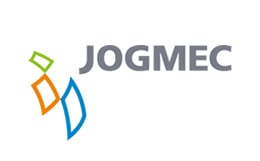 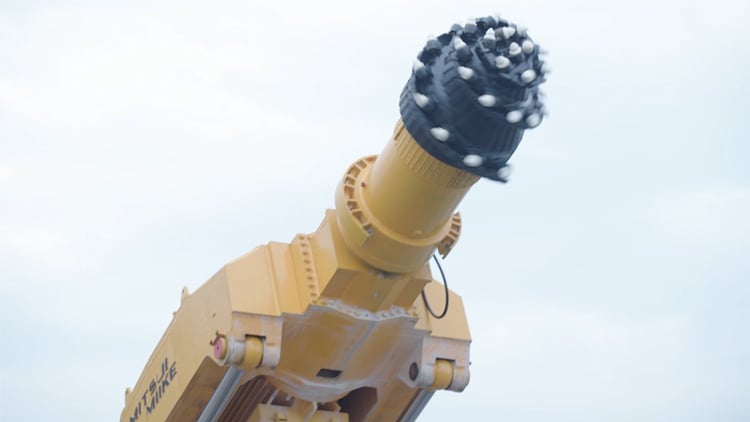